​Froggy, Froggy for violin and piano or viola and piano
A native of Korea, composer Jean Ahn began her music studies in piano and composition at an early age. Her creative output includes works ranging from solo instruments and chamber music to full orchestra, as well as choral, dance, and electroacoustic music. She received First Prize at the Renée Fisher Competition and the Sejong Korean Music Competition. She has also received awards from the the Korean National Music Composers Association, the De Lorenzo Prize in Music Composition, and the Isadora Duncan Award for Saltdoll. She was a Finalist for the Toulmin Prize (League of Orchestra Commissioning Competition) in 2019 and 2020, and is a Finalist for the 2020 American Prize.
Her works have been performed by the Berkeley Symphony, Oakland East Bay Symphony, Earplay, Khasma Duo, Chai Collective, Dinosaur Annex, Enhake, Untwelve, Ensemble Sur Plus, Contemporaneous Ensemble, Invoke String Quartet, haeguem master Sooyeon Lyuh, pianist Jihye Chang and pianist Lisa Moore of Bang on a Can.
Her research into Korean folk songs,  “Folksong Revisited”, has been presented at the College Music Society Symposium, the National Association of Singers Convention, and the Symposium for New Music in São Paulo, Brazil. With her folk song collection, she introduces Korean songs and techniques to professional performers in the US.  The recording, with a pronunciation guide, will be published in 2020.
She completed her Bachelor of Arts and Master of Music at Seoul National University, and her Ph.D at UC Berkeley, where her teachers included Edmund Campion, Cindy Cox, David Wessel, Jorge Liederman, and Richard Felciano. She has also studied electronic music at the Center for New Music And Technology, composing pieces for koto and electronics that exaggerates gestures from Asian traditional music. Her focus is on extending the limits of the performer while preserving the authenticity of the acoustic instrument. More information at jeanahn.com. 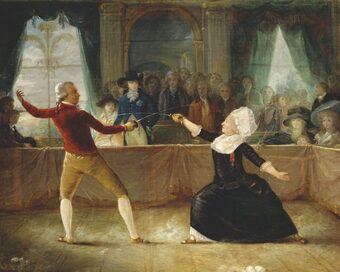 Sonata No. 1 in Bb major
Joseph Bologne, Chevalier de Saint-Georges (1745-1799) was a gifted athlete and musician in eighteenth-century France. The son of a wealthy planter (Georges Bologne) and a sixteen-year-old African slave who served as lady’s maid to Bologne’s wife, Saint-Georges was acknowledged by his father and brought to France in 1753 to receive a gentleman’s education in boarding school. Two years later, father Georges and mother Nanon arrived in France and the three lived as a family in Paris. Joseph left boarding school and began studies in fencing and horsemanship. He was renowned for his skill as a fencer, and throughout his life took part in professional fencing exhibitions. Little is known of his musical studies, but by 1769 Saint-Georges was playing in Gossec’s new orchestra, Le Concert des amateurs, which became a major performing ensemble in Paris. Two years later he was serving as their concertmaster, and premiered his first two violin concertos with the group. Saint-Georges built a fine career as a violinist until interrupted by events of the French Revolution. Though Saint-Georges had been favored by Queen Marie Antoinette, he became a fervent revolutionary and the colonel of the Legion nationale des Americains et du midi, made up entirely of men of color. Imprisoned for several years due to the changeable politics of the time (though never charged with a crime), Saint-Georges was released in 1795 and managed to found a new orchestra, the Cercle de l’Harmonie, in Paris. He died of an untreated bladder infection four years later.
Saint-Georges wrote two symphonies, six operas, fourteen violin concertos, four symphonies concertantes, eighteen string quartets, numerous songs and various sonatas, including the set of three which includes the Bb major sonata. Composed ca. 1770, they were published in 1781 by LeDuc in Paris.
​

Suite for violin and piano
Marga Richter (1926-2020) was born in Reedsburg, Wisconsin, the daughter of the American soprano Inez Chandler (1885–1956) and a German army captain, Paul Richter. She studied piano at the MacPhail School of Music in Minneapolis with Irene Hellner and with Helena Morsztyn in New York. She entered the Juilliard School of Music in 1945 and studied composition with William Bergsma and Vincent Persichetti and piano with Rosalyn Tureck, graduating with a BS and then MS degree in 1951. After completing her studies, she taught music appreciation at Nassau Community College from 1971–72, and later began working as a composer full-time.
Richter composed several works for the Harkness Ballet in the early 1950s. Her music was also performed, recorded, and produced on numerous albums by MGM recordings at this time. During the 1970s, two of Richter's Large-scale orchestral works Landscapes of the Mind I and Blackberry Vines and Winter Fruit received significant performances, and she received a publishing contract from Carl Fischer. During the 1980s, Richter composed vocal and choral music in addition to symphonic and chamber works. Richter's only opera Riders to the Sea was composed in the 1990s. Deeply connected to those in her personal world, Richter composed works to honor various individuals important to her, such as Lament for her mother, Threnody for her father, and numerous others.
Richter co-founded the Long Island Composers Alliance in 1972 with Herbert Deutsch and served as its co-director, president and vice-president. She died June 25, 2020. 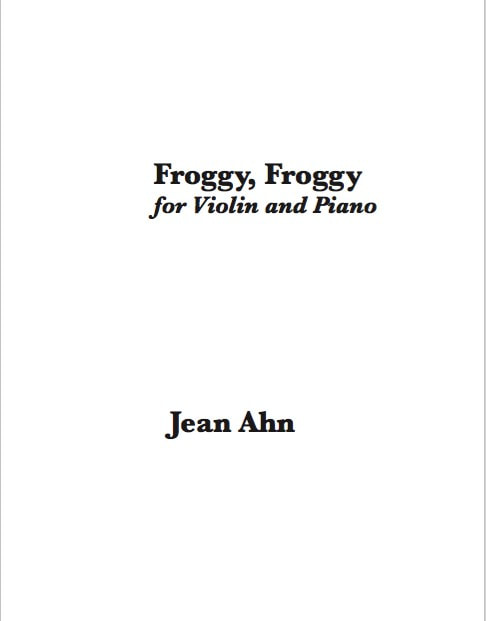 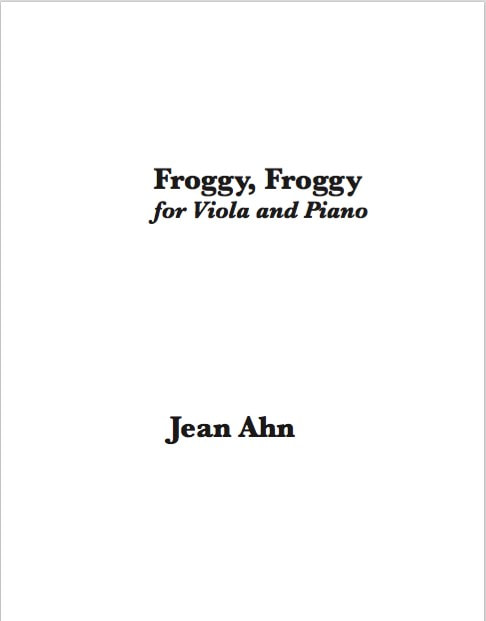 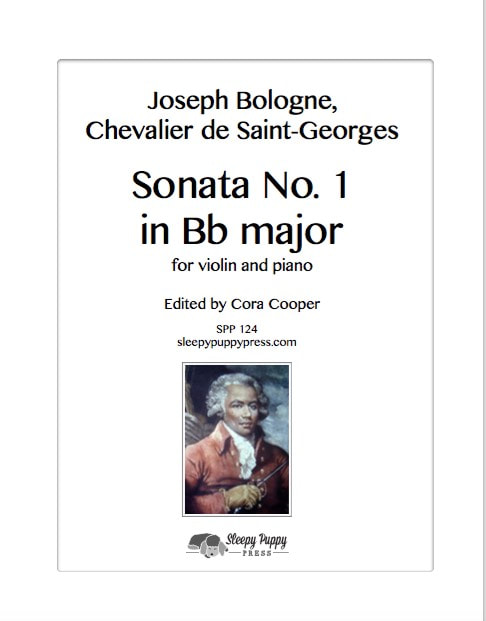 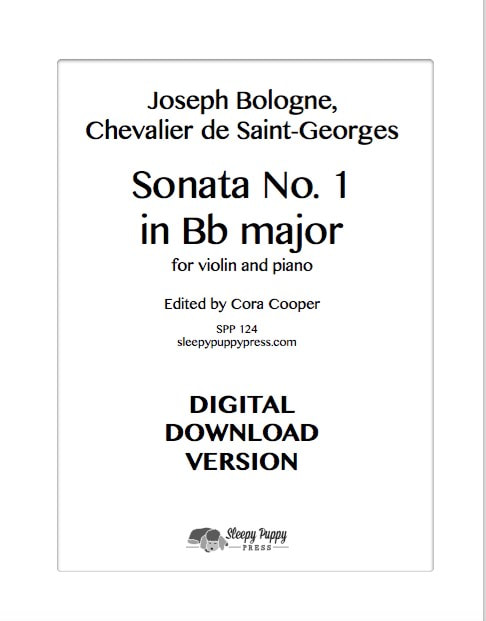 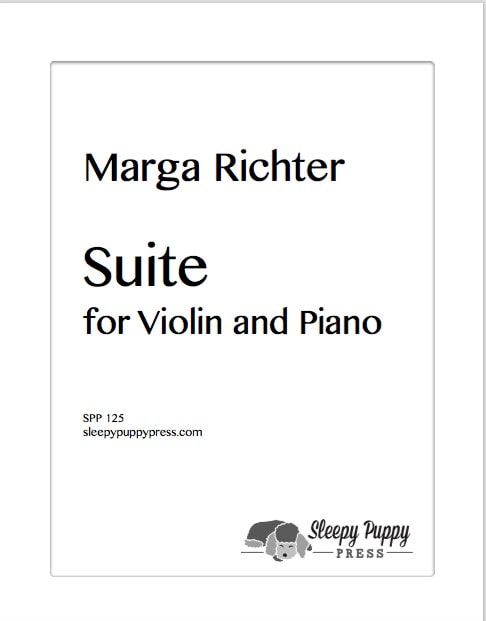 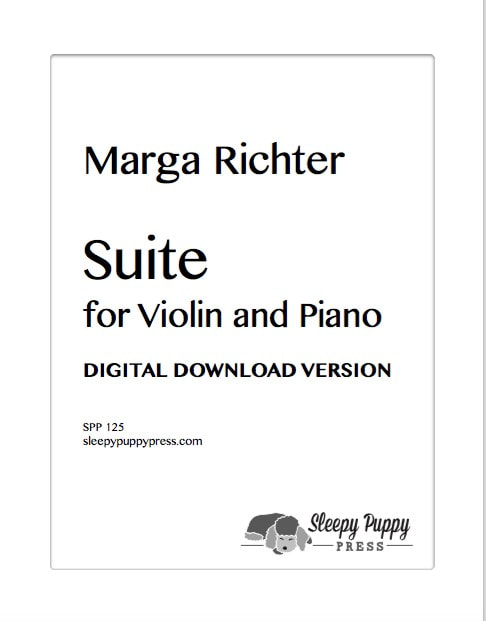